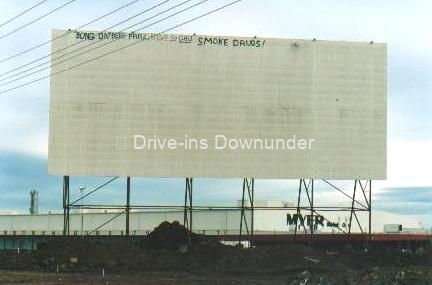 Altona was the last drive-in theatre built from the ground up in Melbourne. Hoyts reasoned that the Westgate Bridge would open the west of Melbourne to the inner bayside suburbs of St Kilda, Port Melbourne, Sth Melbourne etc. The hoards of inner bayside residents denied access to a drive-in theatre would pour across the bridge and two exits later be at their own drive-in, Altona. Whilst the reasoning was probably accurate, we never found out. The Westgate bridge collapsed during construction in 1970 and the opening was subsequently delayed until 1979, of course by then the drive-ins were already on the slide. To add insult to injury when the bridge did open, the tolls kept drivers off it until the Government of the day decided to make crossing free. Alas it was too late as the decision to close Altona had been made.