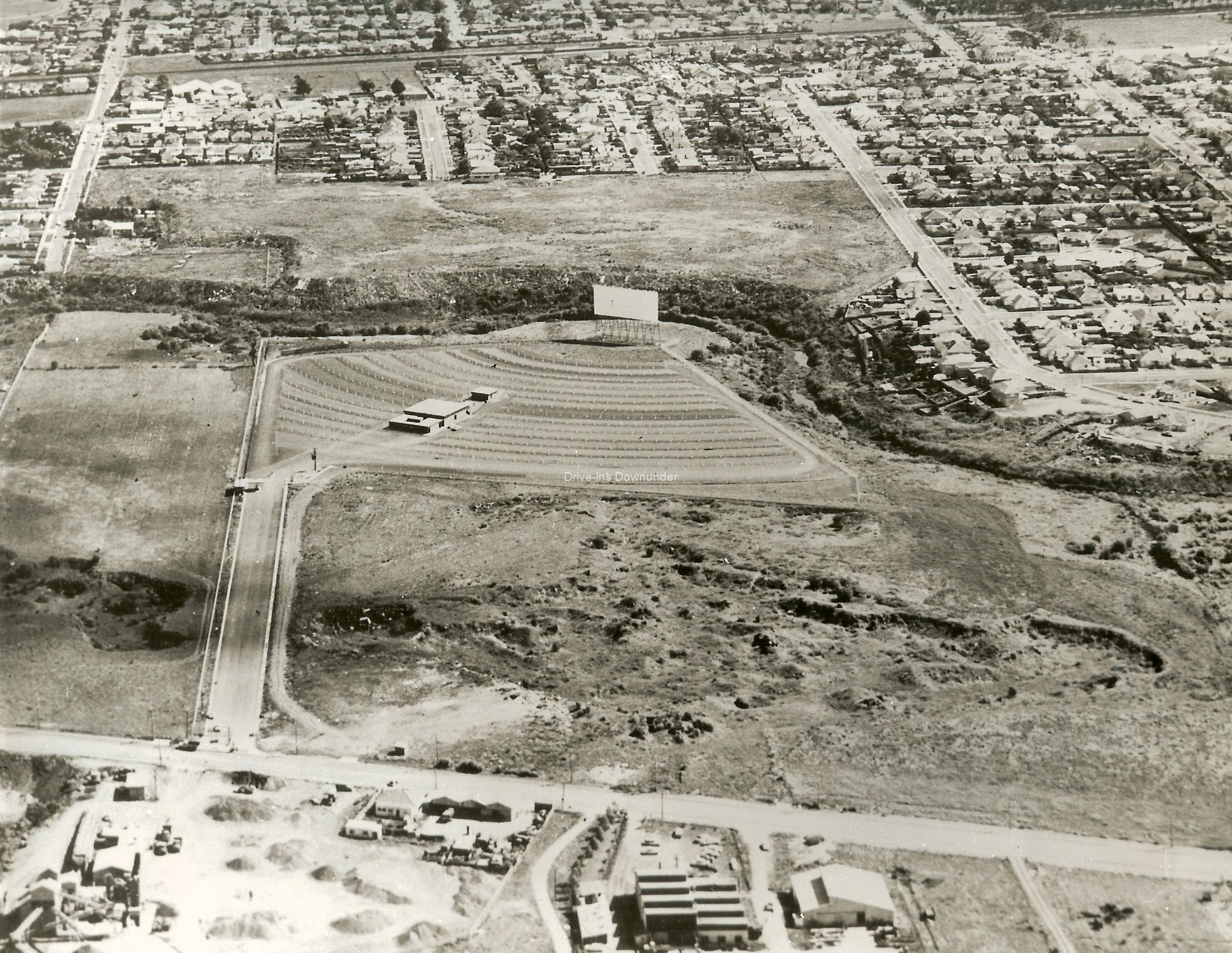 Coburg drive-in truly sums up the struggle for survival of drive-ins world-wide since the early 1980’s. Although today Coburg again enjoys full fields of cars, many have forgotten that it was closed in drive-ins darkest year, 1984.

Coburg opened in 1965 as part of the Big 6 chain of drive-ins, under the direction of Sillman and Sharp. Opening attractions were Alfred Hitchcock’s “Marnie” plus “McHale’s Navy” – the movie spin off of the TV show. During the early years at Coburg “The Great Race” was certainly the most popular film screened. Coburg was acquired by Hoyts in 1967, along with the Maribyrnong Sunset. Its medium term future was now more assured due to the strong product supply of the Hoyts chain who were in turn owned by Twentieth Century Fox. Coburg was in the middle of a very competitive drive-in market and competed against Village Northland Twin, Village Reservoir, Village Essendon, Hoyts Preston, Hoyts Broadmeadows and Hoyts Bulleen drive-ins, all of which were within 15 – 20 minutes drive. Coburg held its own among this group but was always at a disadvantage as far as location was concerned. Newlands Road in the 1960’s was a quiet suburban factory access road and was almost deserted at night. It was this poor location that ultimately was to ensure its very survival.

Growing up in nearby Reservoir, I was able to see the screen from my bedroom window, and nightly would be fascinated by the flickering images on the giant screen. At the time I had no idea that the screen was larger than the block of land our house sat on! On a visit to Coburg in 1984, I realised that its days were numbered, my car was one of only 10 in the field. Hoyts closed it a few months later.

Coburg experienced more than one armed hold-up in the early days, the ticket box was surrounded by long grass cover in the field next door and this provided ample cover for a bandit to disappear into. Coburg was also close to the state’s largest prison, Pentridge, and on more than one occasion patrons were asked to wind up windows and lock doors, as escapees fled along the creek at the rear of the screen. During one screening of “The Towering Inferno” a grass fire swept along the creek at the rear of the drive-in and several fire units gained access to the fire through the drive-in, patrons thought it was a publicity stunt organised by management! Like many drive-ins, Coburg’s screen suffered at the hands of mother nature on several occasions with panels being blown off the screen frame.

Hoyts were unable to sell Coburg despite several attempts in the mid-1980’s. The site had no street frontage other than the driveway, this made it unsuitable for many uses. The ground was also found to be unstable given its use as a former quarry that was then used as a tip to fill it. Fate intervened when Village were about to lose their nearby Northland Twin. Considering a market for a drive-in in the area still existed, (the surrounding drive-ins had all closed), Village joined with Hoyts and re-opened Coburg as a twin in 1987. The continued success led to a third screen being added in 1995.

Today Coburg enjoys a loyal patronage from suburbs all over Melbourne’s North and West. The land was sold in 2018, but Village remain as tenants.